Afrobeat legend, Femi Kuti, will make his debut live performance at Midem during this year’s edition. An auspicious occasion, this will be the first concert of any Kuti Family member at Midem in its 54 years. Continuing Femi’s involvement in Midem’s initiatives in Africa, including the 3 day African Tour within the continent, and the African Music Forum in Cannes, for which he was Artist Ambassador in 2019, the concert will mark his premiere on the Midem Beach.

The son of Fela Kuti, another of Africa’s most iconic artists, Femi has freed from his father’s legacy and is now the heart and soul of modern Afrobeat, continually expanding the music’s vocabulary, adding hints of punk and hip-hop to the sound, while maintaining its traditional roots and political message.

Femi and his band, Positive Force, are at the forefront of the tour de force that is the Afrobeat movement. A multiple Grammy nominee, he is also recognised as a community leader and an inspiration for African resistance to the remnants of colonial mentality and economic hardship. His work as a campaigner has led him to become a spokesperson for UNICEF. An artist with a global outlook and appeal, his recent collaborations have included working with artists such as Coldplay and Stromae. Femi Kuti was also one of the performers of the official song at the Opening Ceremony for the 2019 Africa Cup of Nations (AFCON).

Having welcomed the Midem African Forum press conference and showcase at the Shrine in Lagos, the iconic venue and dancehall built by his father, Fela Kuti, in April 2019, Femi became a dedicated supporter of Midem’s initiative for Africa at Midem in Cannes last year. Delivering his first keynote at the 2019 conference, Femi said, “I’m a pan-Africanist, meaning, I very much believe in the development of Africa.” The sentiment is perfectly aligned with the objectives of Midem’s Africa programme. His support of the Midem African Forum is motivated by his strong belief in the need for structuring the music industry in Africa through solid foundations such as training and education.

Inspired by the phenomenal influence African music has on the world’s current music trends and tastes, the African Music Forum involves a dedicated event during Midem, but also, crucially, a series of events across the African continent to collaborate with the key players in the region driving the market’s music industry forward.

This year sees events take place in Lagos, Nigeria on 25 February, Cape Town, South Africa on 28 February and the African Music Forum itself happens over three days in Cannes, 2-5 June. In addition to Femi, other Iconic musicians have been Artist Ambassadors for the initiative over the past 3 years – Yemi Adele, Black Coffee, Davido and Maleek Berry. More details can be found here

Midem Director, Alexandre Deniot says, ”We are so happy to keep on building the relationship with Femi and to welcome his inaugural concert on the Midem Beach this year after his inspirational keynote in 2019. This is a reflection of our long-term approach to supporting Africa, African music and the region’s artists. We look forward to announcing more African talent within the Midem lineup soon.”

Those who have followed his career and have experienced his music know this: Femi Kuti never felt just satisfied with being the king’s heir. He freed himself from his father’s legacy in ’85 by putting together his own band, The Positive Force, and thereby working to find his own voice. Femi’s father, Fela Anikulapo-Kuti, created the style – a blend of traditional Nigerian drum patterns, the smooth groove of highlife and American soul, funk and R&B – and took it to the world, inspiring people with insistent dance beats and lyrics bristling with political statements. Afrobeat moved several generations of musicians, in Nigeria and around the world, to follow Fela’s dictum and use music as a weapon to fight for justice and freedom. Femi and his band, Positive Force, are at the forefront of that movement.

As a spokesperson for UNICEF’s crusade for the rights of children and an advocate for HIV/AIDS education and prevention, Femi is recognised as a community leader and an inspiration for African resistance to the remnants of colonial mentality and economic hardship. Most of his albums have been nominated for Grammy Awards and Femi Kuti has had too many international collaborations on wax or stage to count, with artists as diverse as Coldplay, Red Hot Chili Peppers, Wizkid, Erikah Badu, Damon Albarn, Thievery Corporation, Hugh Masekala , Mos Def, Angelique Kidjo. 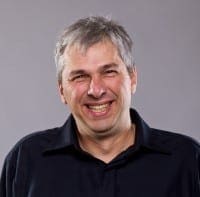 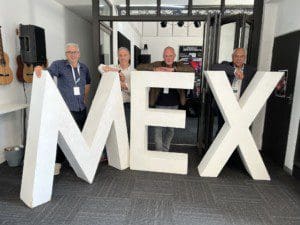 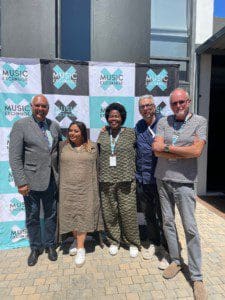